Bring your daughter to work day 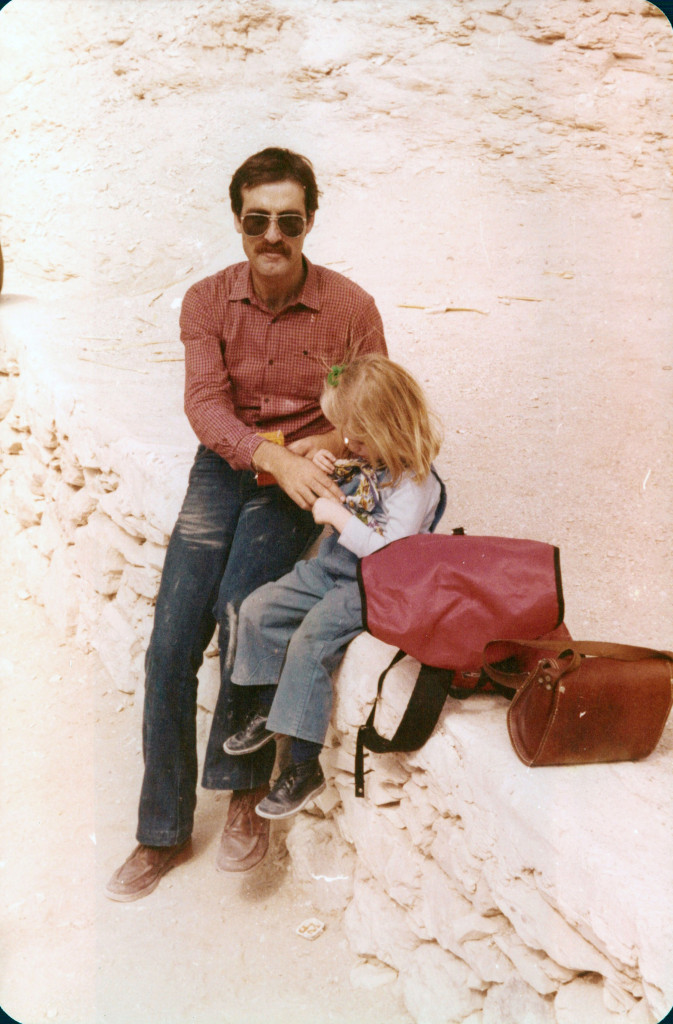 It started with a text from Dad. ‘In Singapore. At hotel shaped like boat. Come on over.’ I’m a sucker for two things: my Dad and themed hotels. Themed anything really. But mostly Dad.

I was reading this on a tiny island off the Indonesian coast. From a beach-shack breakfast with only the waves and some piratical island cats for company, Kelly and I caught a horse taxi that she accurately described as being disconcertingly like Santa’s sleigh into ‘town’, then a boat to the dock of Padang Bai on Bali, then a ‘transport’ to Ubud, checked into a room, walked the length of Ubud to eat at Taco Casa and Grill (best Mex ever), where I decided to give in to the growing idea to follow Kelly out of Bali (but not home to winter, no thanks) and onward to that boat shaped hotel. We checked out. We got another ‘transport’ to Denpasar. We ran around the airport trying to get me a ticket on the last flight out in a series of foolish escapades, stolen wifi, and sweaty trips between terminals which ended with a very strange but successful phone call to an office in Qatar (bless the Qataris for not believing in Sundays).

I arrived here in Singapore at 2 a.m. and met Dad at a hotel shaped less like a boat and more like a futuristic disaster movie of impossible proportions. It’s not a building so much as a giant, towering spectacle, styled like Gattaca meets Battlestar Galactica. My dirty feet with their Bali induced Haviana perma-tan were as out of place in the pristine lobby as I was, fumbling through wads of the smallest denominations of Indonesian rupiah and shaking half the sand of Gili Trawangan beach out of my hair. I met Dad with a hug and a high five for completing phase one of hi-jinks. As I made myself at home by stealing his Qantas First Class upgrade trophy (silk slippers) and donning a fluffy robe, I grew nostalgic.

‘It’s just like when we used to go to Tampa! Remember Tampa? We’d watch basic cable and drink no-brand ”hot tea”. Afterwards I’d put wet toilet paper in my ears to drown out your snoring. Then in the morning I’d drop you at work, borrow the Jeep and drive to Krispy Kreme. Get a dozen warm and an endless cup. Make fun of a copy of USA Today till lunchtime.’ I grew wistful. ‘Those were the days Dad’.

‘They sure were, Sweet.’

I don’t think Dad’s had a gig yet that I haven’t crashed. And he’s a water treatment engineer, so this means my happy snaps are often interspersed with pictures of giant pipes, bores, and odd shaped holes in the ground. Other people see waterfalls where I see hydro-electric schemes (water still falls down in a pleasing way). One year Dad went back to Uni and I crashed that too. It was Harvard. Well played, right? It allows me to say things like ‘When I was at Harvard Business School’ and be technically correct. I really take over, too, during the crashing, and Harvard was no exception. Did my laundry there. Ate all my meals at the dorm dining hall, went to the classes and tutorials where I opined about the case studies I’d watch Dad prepare the night before. Went drinking with his new friends. I even had his bed while he slept on a rolled out mat on the floor. ‘Night Dad.’ I’d call from above. ‘Do you reckon our homework is good for tomorrow? Dja do a good job?’

Dad’s reward for this kind of regular intrusion is a partner in crime who shares a love of Asian food for breakfast as well as the same blend of curious dorkdom in all things. When we find a movie like Groundhog Day on in-room telly we settle in and sigh contentedly together without needing to seek approval or permission. At Harvard, we had to work hard to avoid culture and taste. It took us a good few days to locate a movie theatre showing Wallace and Gromit: Curse of the Were-Rabbit, instead of art-house flicks and the latest in contemporary European cinema. The theatre turned out to be in a highly dubious neighbourhood and involved an on-foot expedition travelling the wrong way along the kerb of an unattractive freeway, a short climb down a rubbish strewn embankment in the rain, and some squeezing between a variety of chain link fences. Later, full of popcorn and with the mysterious curse of the were-rabbit finally solved, we didn’t have to check in to see if the other had found the experience worthwhile. It was obviously the best thing about our Harvard experience, and this was a school that served us poached wild-Atlantic-salmon fillets with potatoes au gratin for play-lunch.

This year marks the 30th anniversary of when Dad first took his daughter to work. It was in Alexandria, Egypt and I was four.  Armed with some small snacks inside the relatively new technology of a zip-lock bag, I set forth with optimism about my career as an engineer at my father’s side. We were out on the road together, under our own steam, stopping to inspect important things like Possibly Friendly Animals, and, once or twice, a man digging a ditch or measuring a length of agricultural pipe. Throughout the day, I was told that I was clever and interesting and very useful. Indispensible really.  It made quite the impression. That’s why I’m so pleased to be in Singapore navigating the room service menu and writing Dad notes on hotel stationary that read ‘KPIs for today include bacon.’ Really, I don’t know how the man manages to do his job without me*.

*Note: I’m not an engineer. Sadly, I don’t even like graph paper.