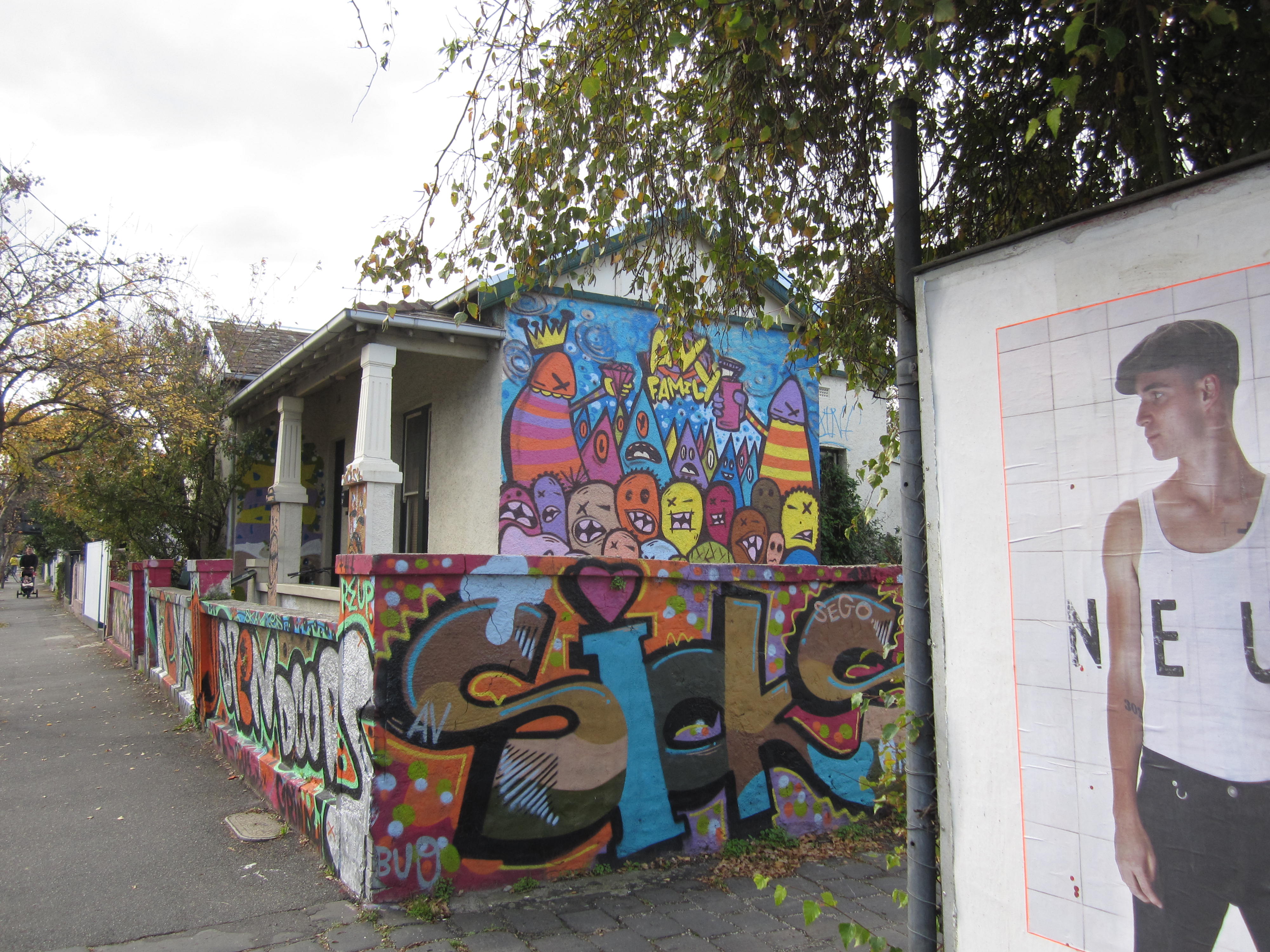 When I meet people from Melbourne here in Ubud, they’re invariably my own kind. The transplants. Cultural ‘fugees to Melbourne from Sydney, Canberra, Tasmania, and attractive little regional centers up and down the Eastern seaboard. ‘I’m from Melbourne.’ When we say her name, it’s with the smug, reverential certainty of the newly married, the teen model, the Scientologist.  Even though we are all here escaping her winter, our love for the same four or five postcodes and CBD is as bold and indelible as a full-face tattoo.

Like the other come-latelys, I love Melbourne as only someone who hasn’t grown up there can. I never had to play junior AFL in grim little sportsfields with burnt off grass and fresh-from-Mongolian-tundra winds reaching through my polyester school shorts. I was never bored at her suburban bus stops, never drank underage in her shopping centre carparks, never crowded around a bar-heater to watch Neighbours like a whole city taking communion in inflammable tweed dressing gowns. Never had to spend weekends driving to visit nameless cousins or liver-spotted senior relatives in places I once heard described as ‘Trading Post suburbs.’ eBay postcodes. Car sales suburbs. Whole lot of cul-de-sacs in search of a milk bar. I have never seen this Melbourne.

I didn’t grow up thinking that my private single sex school – or absence thereof – was the most defining part of my life from age six till the end of University, and now, in my 30s, I’m not duty bound to open with this fact at parties (you still do, Melbourne, you still do). Nope. None of those things. I got to turn up just in time to steal a piece of her cut-price inner city during an odd month at the end of 2007 when, globally and nationally, it had never been a better idea for two semi-employed young people with aspirations of working in ‘The Arts’ to buy a whole house 4 km from the GPO and incur a mortgage less than the cost of rent on a Sydney apartment. I know it was a one-time-only deal, but it added to the sense that we were colonisers in a land of savages wholly unaware of their own bounty.

Oh, Melbourne. You had a thousand tiny cafes and bars and cafes that were also bars and they all let us drink outside. One was in an alley with milk crates for seats and it only served tinnies from an esky. It wasn’t self-conscious. It wasn’t po-mo, it wasn’t a stunt. It was convenient and low tech and served Uni students. We were hooked. We didn’t understand that you didn’t understand that this was not how life was lived elsewhere. That elsewhere there may have been other bidders for that old Victorian cottage with an 80 year-old elm tree and the romance of a broken-off name; a back yard lost under a cloud of honeysuckle; and the thrill of pulling up old pennies, marbles, smoking pipes and porcelain dolls heads along with the sunken flooring, all within walking distance of the delights of your city center; your universities, bars, parks, pools, museums and galleries. Oh, Melbourne! We sat on our front step drinking limoncello, looking about in wonder and disbelief, longing to toss a glass coke bottle in from the sky just to see what you would do with it.

Now you know what we know, but we’ll never let you go. We’ll insist that you’re undiscovered, secret, and a sign of our rarefied taste. Just like we do with Ubud, as we shout her name over the teeming traffic, the tour groups, the touts and the throngs of the tribally tattooed. The Ubud/Melbourne transplant set. Melbudians. No one has ever loved so wisely and so well.  Or with more humility*.

*Note: by ‘humility’ I mean that we are poised to accept whispered praise and sidelong glances of admiration with all the grace and shy-eyed discomfort of a Vegas showgirl or a US Olympic swimmer. 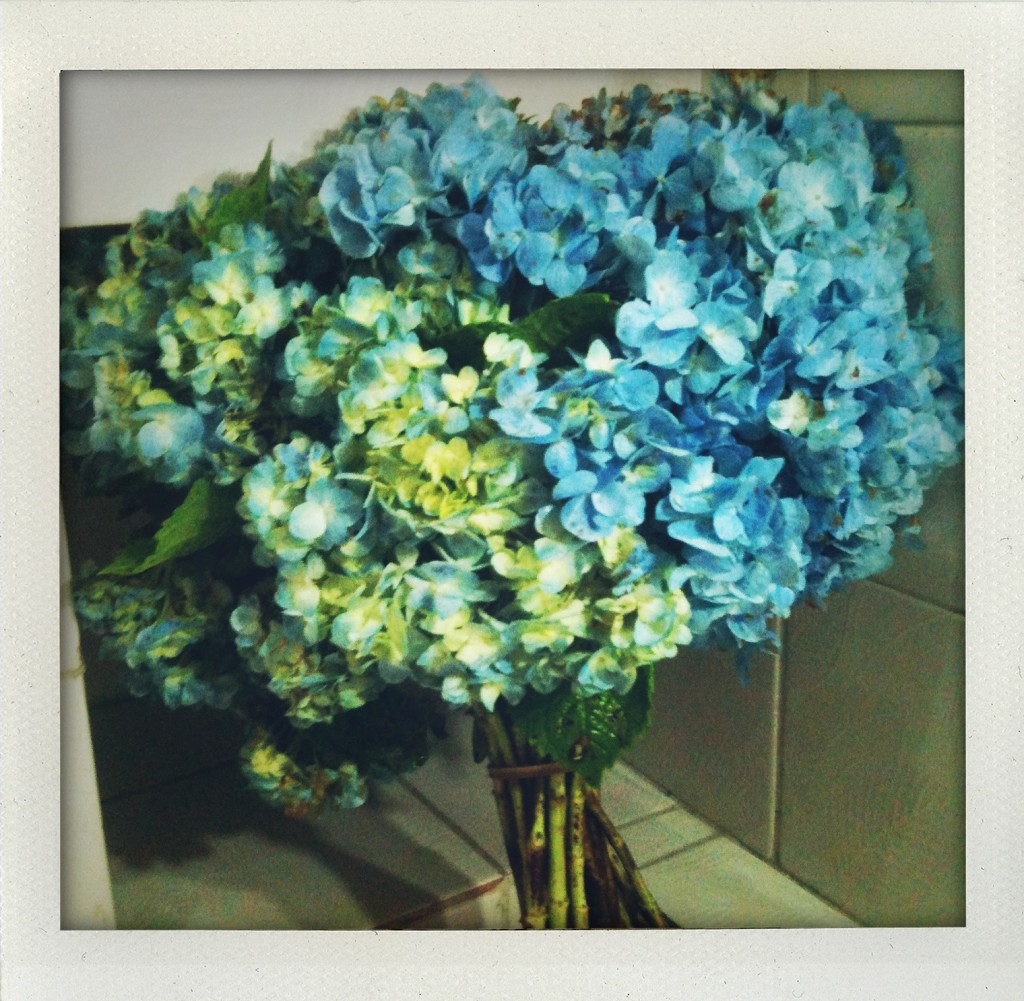 Every morning I wake up in away. Far, far away. Mornings are my favourite time of the day in Ubud. The light is brilliant, faceted, aquamarine. The air is always perfectly still, scented with the incense and petals arranged on thousands of tiny, banana-leaf-plate offerings made to The Gods Who Eat Flowers For Breakfast. Roosters are laughing, hens are chuckling, and doves with giant bells round their neck are humming softly. Dogs set off trotting on adventure, and on my way to second breakfast, I invariably pass a cat with the wind up its pants, whipping through a paddy chasing butterflies and trying not to get its feet wet.

My bright rubber thongs flap along past freshly washed doorways on quiet streets, and most stores are still sleeping with signs saying ‘we’re open when we’re open’. My spot at Bar Luna is always free, waiting for me under overhanging masses of passionflowers. Children walk past in adorable school uniforms, giggling and singing and disappearing into laneways. A little boy casually puts a wooden flute to his lips and produces an exotic tune so magical and deep that I want to snap every plastic recorder in the Australian primary school system and replace them. Immediately. Away gives home such a beating sometimes.

But coming to the end of my first month here in Ubud, I’ve found home sneaking in here and there. I have taken to buying bunches of hydrangeas at the morning fresh food markets. These giant pastel stems look as incongruous as I do next to all the bright oranges and reds of the tropical fruit and flowers. I had no idea they even grew here. They look like summer holidays at my Nan’s house, and my bedside at home in Alfred Cottage.  I put them in my Ubud bathroom and their big puffy faces never fail to make me smile.

I’ve ferreted out the only three coffee spots capable of producing a cup like Fitzroy’s finest (Bar Luna, F.R.E.A.K. and Seniman) and find I can no longer start my away day without a strong home latte. Piling two teaspoons of rough brown crystals (or lumps of sticky palm sugar at F.R.E.A.K) on to the heavy foam, I watch until my sugary Atlantis is swallowed with a plop. Stir. Sip. Repeat. Home*.

*Note: this description of ‘home’ as good strong coffee and hydrangeas is probably not a platonic ideal – what’s ‘home’ for you gentle readers?