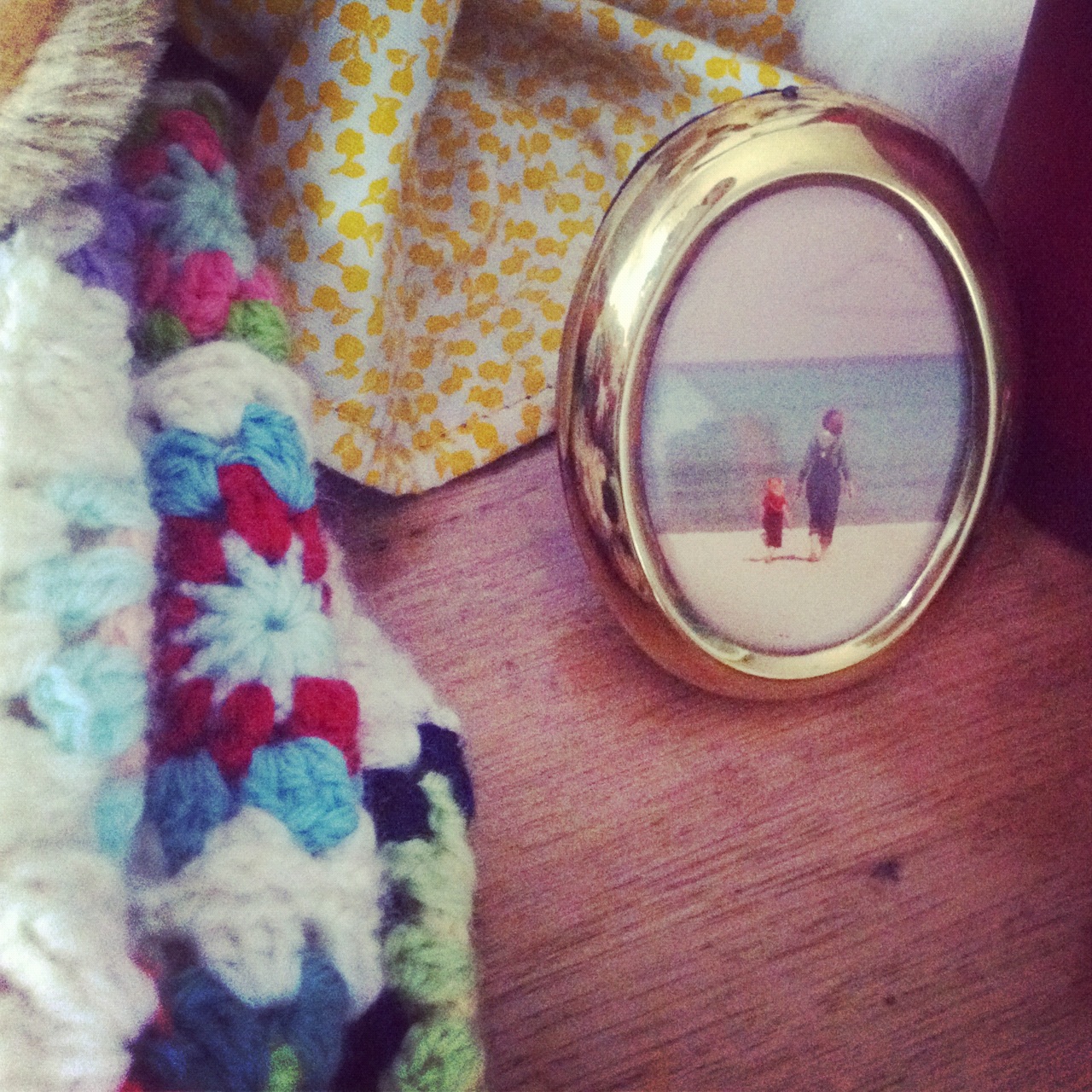 My baby book is a masterpiece of 70s tripped-out-shepherdess charm, filled in with my mother’s neat, best-behaviour script and made triumphant by the kind of trophy a fairy might take: a Scotch-taped lock of my first straight, golden hair. It also contains a curious inscription from my Dad, a then 26 year-old father-to-be. It’s an old Arab proverb. His mother was Syrian, but it didn’t come from her. Where he found it in 1978 in a small, rural Australian town before the internet I’m not really sure, but in his familiar, left-handed letters reads this dedication before my birth – ‘Every little beetle is a gazelle in its mother’s eyes.’

My daughter will continue the tradition my parents started and be the second little girl in our family conceived (and discovered) accidentally on an extended international adventure, born to a determined young mother and a shocked University student father. The ensuing drama of my turn at this scenario has made me consider that perhaps Dad’s inscription was a personal prayer. After all, there wasn’t much you could possibly know about your little beetle back then, apart from the fact it was very definitely on its way.

In contrast, my 2013 belly is a glass-bottomed boat to doctors – my baby’s fingers and toes were counted at 12 weeks, her probable gender and reassuring normality confirmed at 20 weeks. If you ask me what my beetle is like I can already boast about the excellence of the brand new four-chambered heart she grew, which is as big as my pinkie nail and pumps blood in and out in very fast, happy little snorts.  She has a lovely straight spine. Its resemblance to a large anchovy is purely circumstantial.  Her ears, like her fingernails, are perfect (and exquisitely, head-spinningly small). She has very fine feet for someone who weighs half a kilo, and I’m looking forward to telling her this one day and also to complimenting the lovely little lips I’ve just seen the doctor scrutinise for any sign of a cleft palate.

My Dad didn’t know any of this about me. I was just a mysterious, growing mound on his wife. How necessary then, to hope that every lowly little beetle will be somebody’s swift-footed gazelle, how important, the reassurance that someone will love us no matter how we emerge. Because no one really knows what’s coming yet. Like some of the other mothers-to-be at my hospital, I could fly to Hong Kong for some of the pre-natal tests that aren’t available here, but even then there’s still nothing to tell me with any certainty that my beetle might fail to flourish. And if they could, I wouldn’t want to hear it anymore. I’ve fallen hard. I’ve got three long months to go before I meet her, but something has taken over my brain as surely as toxoplasmosis makes an infected mouse wander stupefied until it finds the scent of feline excreta and follows it right to the jaws of a (presumably surprised) house cat.

Because my belief in her fine qualities is certainly not based on science. In fact, there is some evidence that my baby is not terribly bright (yet). She often becomes tangled in her umbilical cord and then executes furious, ungainly rolling manoeuvres to extricate herself that I imagine must look like those made by a dim-witted astronaut in a Gary Larsen cartoon.  She doesn’t think much of good coffee and throws a few half-hearted punches when I drink it (philistine). She lies in wait until I’m asleep and then tries clumsily to kick her way out (one does not simply walk into Mordor) and, according to my doctor, she prefers to sleep upside down like a little bat.

So none of what I know so far really adds up to gazelle, but the first time I felt her kick I became a non-cynical, wide-eyed true-believer in her greatness. In the perfection of a parasite as big as half a bag of flour, whose main occupation consists of covering itself in dead skin cells to keep warm and gaily sipping at its own urine. I grasped for words to explain the total transformation of my mind. ‘It’s like seeing a Unicorn,’ I said at the time, and it’s struck me since that I’d found the only creature less beetley than a gazelle to describe her.

I know I’m a fool in exactly the way zillions of other parents have been foolish, but I don’t care. And it’s made it easier to hang out with my mum on the days when it’s obvious she’s convinced that at 34 I still don’t know how to use NapiSan or do my hair properly, because I now know, with absolute certainty, that she once thought of me as the most wondrous creature ever to fall from the stars.  So next time your folks give you their disappointed face, remember that you undoubtedly came into this world as their Unicorngazelle and stand up straight to let the sun warm your beetle-shell back. No matter how much you screw up, you were once perfect. We all were. It’s a very nice thing to know for sure.

5 Thoughts on “Every little beetle”